Vulvar warts are lumps or bumps that appear on the vulva. They may be raised or flat, individual or many, small or large. Some create a group of bumps that is shaped like a cauliflower.

Who may be infected by HPV or vulvar / genital warts? 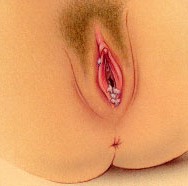 at least once in their lifetime. Most HPV infections go away on their own. Genital warts are most common undesirable effects of HPV infection, as well as Pap Test abnormalities.

Diagnosis is usually based on the findings from the patient’s history and the appearance of genital warts.

The primary goal of treatment is the elimination of warts causing physical or psychological symptoms, such as: